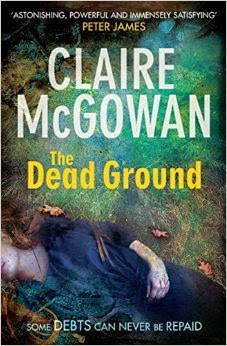 Claire McGowan's "Paula Maguire" series is set in the fictional town of Ballyterrin ("which is not a million miles away from my hometown of Newry") and features the missing persons response unit (MPRU), a specialist team devoted to old and new missing persons cases.

Maguire is a forensic psychologist who was born in a border town in Northern Ireland. When she was 13 her own mother disappeared.

The Lost (2013) and The Dead Ground (2014) have been optioned by BBC Drama Production as the basis for a returning TV series.

The next Paula Maguire, The Silent Dead, is due to be published in November 2015.


"Years ago Ian Rankin said the reason there was so much Scottish crime fiction but no Irish crime fiction was that we were all living in a war zone and no one wanted to read books about it as well. But since the Good Friday agreement people are now ready to deal with it, and the fictionalisation of it helps."
- Claire McGowan

Her debut novel The Fall (2012) is about a woman whose life falls apart when her banker boyfriend is accused of murder.

McGowan grew up in a small village in Northern Ireland. After studying English and French at Oxford University and travelling to China and France, she moved to London where she now lives. She has been running the MA in Crime Thriller Novels at City University London since 2012.

Besides writing crime fiction under her own name she publishes contemporary women's fiction as Eva Woods, and writes scripts, articles, and the occasional bit of stand-up.