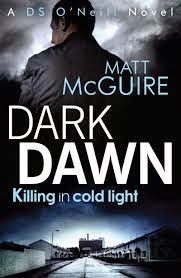 Originally from Belfast, McGuire is a Senior Lecturer in English Literature at the University of Western Sydney in Australia.

His current research explores the role of literature in the aftermath of political conflict, with a focus on Northern Ireland in the wake of the Troubles.

He has published widely about Irish and Scottish literature, including Contemporary Scottish Literature (2009), and was editor of The Everyman Book of Irish Poems (2011).