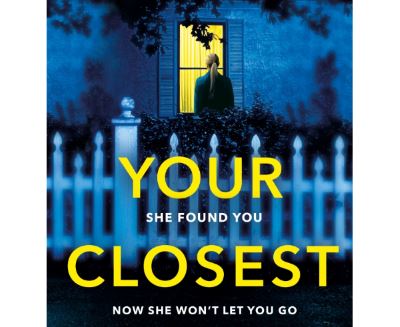 Karen Perry’s latest thriller, Your Closest Friend (2018), has been optioned for UK television. It takes place in London on the night of a terror attack:

Cara shouldn't have survived the attack. But at the last moment, a stranger snatched her to safety. In the hours that followed she told this Good Samaritan secrets she'd never told a soul. Not even her husband. In the aftermath, Cara is home, healed and safe. Which is when the anonymous threats begin.

Karen Perry was originally the pen name of Irish writers Karen Gillece and Paul Perry, but after their fourth book Paul has left to pursue other writing options. They are still working together on a script based on their first novel, The Boy That Never Was (2014). The film rights were picked up by Dublin company Subotica.

The TV rights for their third novel, Girl Unknown (2016) have also been optioned by Tiger Aspect,  the people behind Peaky Blinders, Cuffs and Ripper Street.