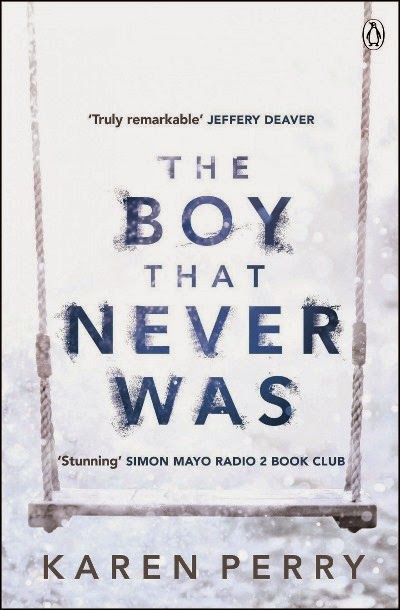 "Like Gone Girl, it's told alternately by a husband and his wife. At the very beginning, something very shocking happens . . . It's the most gripping thing I've read for ages" - Evening Standard

Karen Perry is the pseudonym of Dublin-based authors Paul Perry and Karen Gillece. Their first book together was the suspense thriller The Boy That Never Was (2014), also published as The Innocent Sleep.

Harry cannot come to terms with the disapearance of his son Dillon in an earthquake in Tangier. So when he sees a boy he believes to be Dillon on a crowded Dublin street during an anti-government demonstration five years later, he is  convinced it's Dillon. But the boy vanishes before he can do anything about it.

Their follow-up novel Only We Know is due to be published by Penguin on 4 June 2015:


In 1982 three children on their summer holidays start a game that ends in tragedy. Thirty years later, Nick, Luke and Katie are estranged, yet still bound together by the dark truth of what happened at the river that day.

But when Luke suddenly vanishes and the threatening messages begin, it seems that the strings of the past are tightening around them. Because someone else knows what they did and is intent on seeking justice, at any cost.

In 2009 Gillece won the European Union Prize for Literature (Ireland). She lives in Dublin.

Perry is a lecturer in creative writing at Kingston University, London, a Writer Fellow for University College Dublin and Course Director in Poetry for the Faber Academy in Dublin.