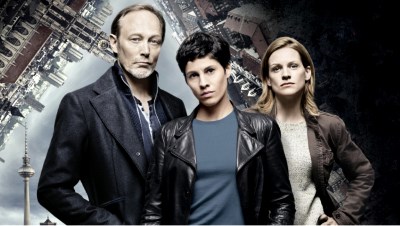 Lars Mikkelsen (The Killing) returns to our screens in six-part pan-European crime drama The Team on More 4 and Walter Presents from 17 February.

Elite police investigators from Belgium, Denmark and Germany join forces through Europol after a string of similar murders of sex workers in Antwerp, Copenhagen and Berlin. Are the killings random?

The multi-lingual series is in English, French, Flemish, German, Danish and Swedish, and co-stars Veerle Baetens and Jasmin Gerat. More on the ZDF website in English.

Meanwhile  Walter Presents is to become available in the USA from next month. The service will cost $6.99 a month to US viewers.