Ardal O'Hanlon stays on in 'Death in Paradise' 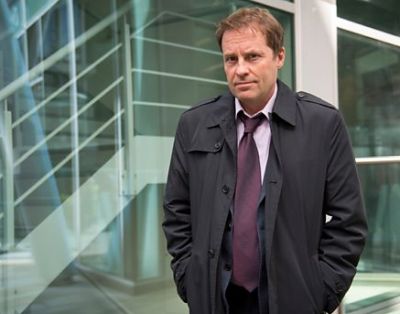 Ardal O'Hanlon is to stay on as the latest lead detective in BBC One’s crime drama series Death in Paradise.

His DI Jack Mooney character first appeared in last week's episode when the team visited London for the first time. When the Caribbean crime fighters return to Saint Marie, DI Mooney will join them and replace  DI Humphrey Goodman (Kris Marshall). The nature of Humphrey's departure will be kept under wraps until his final appearance in next Thursday's episode.

Ardal will stay on for the rest of series six and will be the resident Caribbean cop when it returns for season seven in 2018.

He says: “I am delighted to be joining Death in Paradise and exploring what’s made Mooney up and leave London for a life in the Caribbean. I’ve already had a taste of filming in Guadeloupe and can’t wait to get back.”

Tim Key, Executive Producer of the production company behind the series, Red Planet Pictures, says: “We are thrilled to be welcoming Ardal to Saint Marie. He is comedy royalty and DI Mooney brings a brand new dimension to the show when he arrives on the island."