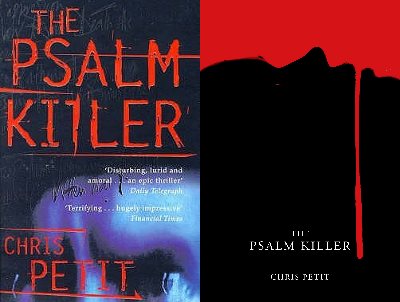 Chris Petit's 1997 Belfast-based thriller The Psalm Killer has been reissued by Picador Classic.

Northern Ireland, 1985.  Among the sectarian killings a different kind of killer is on the loose. "Candlestick" is a religiously inspired homicidal maniac, and possibly a hired killer working for both sides.

Meanwhile Detective Inspector Cross is an English Catholic who has been transferred to the RUC in Belfast at the request of his politically connected Irish Protestant wife Deirdre, who then announces that she is having an affair.

Cross and his assistant, young WPC Westerby, have little support from their colleagues as they investigate the murders. They also begin an intense affair, though Westerby is living with her fiancé.

The reissue includes an introduction by Alan Moore. Read an extract.


Petit is an English journalist and film director. He is a former film editor of Time Out, and a book reviewer for the Guardian. His directing credits include Radio On (1979) - an English road movie featuring music by new wave bands from the time, as well as established artists such as Kraftwerk, Devo and David Bowie - and Chinese Boxes (1984).

He has written several other crime novels, including Robinson (1993), The Human Pool (2002) - a thriller about neo-nazis in contemporary Frankfurt and espionage in World War II Switzerland - and The Butchers of Berlin (2016), a police procedural set in wartime Germany in 1943.