'Dead Along the Way' is on the way 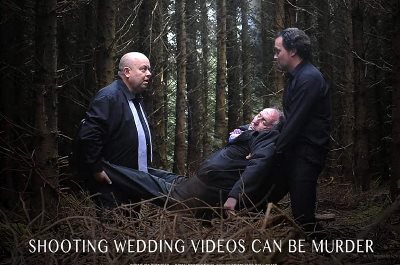 Dead Along The Way is a new Irish crime comedy about a pair of wedding videographers who are trying to hide the corpse of their loan shark before a wedding.
Directed and written by award-winning Kerry-born director Maurice O'Carroll, the low-budget film is his first feature-length drama. The principal shooting locations were in Dublin and Laois.