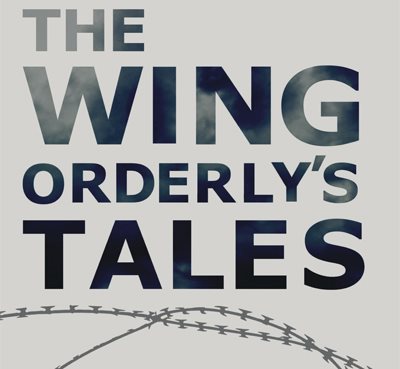 Carlo Gébler’s The Wing-Orderly’s Tales is set in a fictional Belfast prison and weaves together anecdotes about Harold "Chalky" Chalkman’s fellow prisoners.

"It's jail," I said. "Don't expect better of anybody in jail. Expect worse."
Welcome to Her Majesty's Prison Loanend, where inmate Harold "Chalky" Chalkman, serving twelve for a violent assault, and lucky not to have been done for attempted murder, works as the orderly to E and F wings.

The book has been praised by a former Governor of Mountjoy Prison, John Lonergan. "Gébler accurately projects many of the characteristics of prisoners, and captures the intricacies and uniqueness of prison culture," Lonergan says. "It incorporates the good, the bad and the ugly of prison life, it is all there, a gripping read."

Gébler has some experience of prison life, as a creative writing tutor at the Maze prison in the early 1990s and as writer-in-residence in HMP Maghaberry since 1997. He has also taught creative writing at Trinity College Dublin and Queen’s University Belfast.


Carlo Gébler was born in Dublin in 1954, the eldest son of writer parents Ernest Gébler and Edna O'Brien. He studied English at the University of York and went on to the National Film & Television School. He also has a PhD from Queen's University Belfast.

He began his career in television, making documentaries for Channel 4. His most recent TV work includes The Siege (2013), about the 1689 siege of Derry.

He has writen novels, short stories, children's books,  plays for both radio and the stage, as well as several works of non-fiction including his memoir, Father & I (2001). He lives outside Enniskillen in County Fermanagh.