Books 3 and 4 in 'Eddie Flynn' series 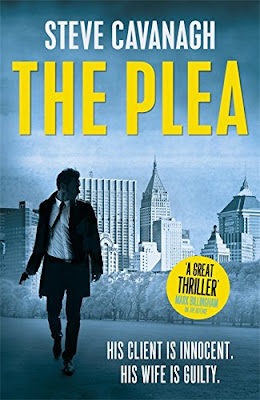 The Plea, Steve Cavanagh's follow-up to his debut novel - the best-selling legal thriller The Defence - goes on release in Ireland and the UK this May. Steve also reveals on his blog that he is putting the finishing touches to the third Eddie Flynn novel in the series, The Oath, and about to begin a fourth one too.

The ransom demand that will send the girl’s father to prison.

An old case that comes back to haunt Judge Harry Ford.

If his client is to survive, Eddie Flynn has to step over the line – permanently.