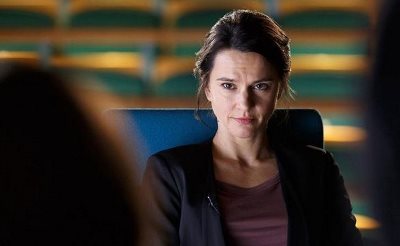 Fremantle Media has announced that BBC Four has acquired Modus, an eight-part crime thriller from Sweden.


Criminal psychologist and ex-FBI profiler Inger Johanne Vik (Melinda Kinnaman) returns to Sweden and the world of academia in order to spend more time with her two daughters, the eldest of whom, Stina, has autism.

When Stina witnesses a murder, she cannot express what she saw, due to her condition. As the number of mysterious murders starts to increase, Vik, together with detective Ingvar Nyman (Henrik Norlén), takes up the hunt for the cold-blooded serial killer.

Modus is loosely based on Anne Holt’s bestselling novels featuring Inger Johanne Vik. Holt is a former Minister of Justice, police attorney, lawyer with her own firm, journalist, and TV news editor and anchor.