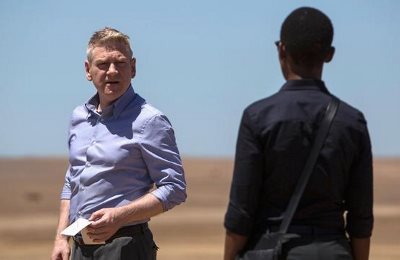 The BBC still won't say when it will show the fourth and final season of Kenneth Branagh's adapatation of the Wallander series.

The final three episodes were screened in Germany - dubbed into German - by ARD on successive nights last Christmas. In the US, PBS is to show the episodes in its "Masterpiece Mystery" slot on Sunday nights from 8 May 2016.

The first episode was adapted by James Former from the late Henning Mankell’s novel The White Lioness (1998), and is largely set in South Africa. The last two episodes are based on the final Wallander novel, The Troubled Man (2011). Despite earlier announcements that Irish writer Ronan Bennett would be involved, these two screenplays are by Peter Harness.