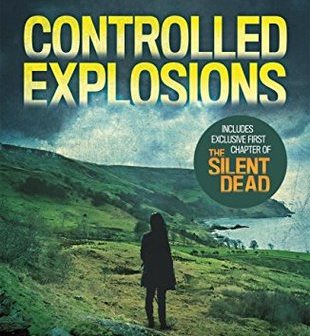 It's a prequel to her Paula Maguire full-length series about the forensic psychologist, as it brings the character back to her teenage years.

Ballyterrin, Northern Ireland, June 1998. A peace agreement has been signed, the Orange Order is about to have its annual parades. Paula Maguire is being taunted by bullies at school. In particular one girl, whose family has paramilitary links, is calling her a rat, saying "Your ma was a tout." Even though Paula might not know why her mother went missing five years ago, she's sure she's no traitor's daughter.

The hot summer is simmering with violence and the police force including her father PJ are looking for a bomber who leaves explosive devices on parade routes. When PJ is injured at the scene of a crime, Paula finds herself next in the perpetrator's crosshairs.

The Kindle version of A Savage Hunger, the fourth full-length novel in the Paula Maguire series, will be available on 10 March 2016. Fans will have to wait until the following November for the paperback edition.

"McGowan captures the voice and perspectives of a range of people, from teenage girls to hard-bitten coppers staring into an unknown abyss after years of looking over their shoulders and checking under their cars."
- Craig Sisterson, reviewing Controlled Explosions