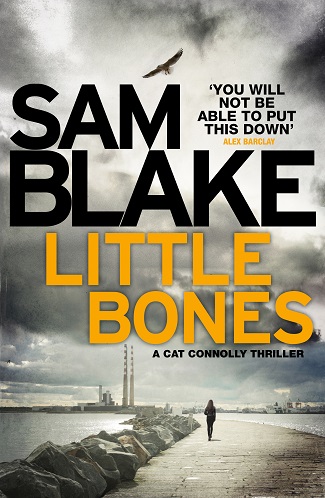 Sam Blake's forthcoming crime novel Little Bones, which was originally going to be titled "The Dressmaker", is due out on 17 May 2016.

It's the first in a series featuring Cathy "Cat" Connolly, a twentysomething Dublin garda and kickboxing champion.


Investigating what seems to be a routine break-in, Garda Connolly makes a grisly discovery: a vintage wedding dress, the hem lined with a baby's bones. The dress is connected to a top Dublin fashion magnate who died the same day. Initial evidence suggests natural causes; Connolly suspects otherwise.

In the investigation she is paired with O'Rourke, an old friend in the force. Normally she would welcome his support, but she's nursing a secret of her own. Then a Las Vegas gangster arrives in town, leaving two bodies and an FBI investigation in his wake.

Sam Blake is a pen name of Vanessa Fox O'Loughlin, the literary scout and founder of The Inkwell Group publishing consultancy and Writing.ie.