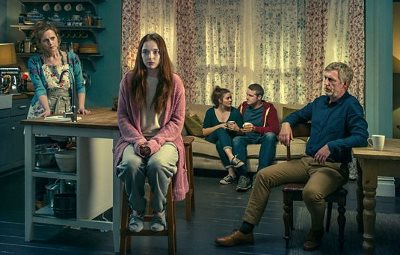 Thirteen is a new crime drama that begins on the now online-only channel BBC Three this weekend, with a screenplay by upcoming writer Marnie Dickens.


After 13 years in captivity, Ivy Moxam (Jodie Comer) escapes from her kidnapper.

Meanwhile her family have stopped waiting by the phone, stopped flyering, one of them has given up hope altogether. Suddenly Ivy returns in flesh and blood.

But piecing back together family life is no easy task. And Ivy is the only one who knows her kidnapper, who understands him, who can help DI Carne and DS Merchant to snare him.

Besides being available on the BBC iPlayer from next Sunday, 28 February 2016, the five-part series will be broadcast on BBC America in the US.