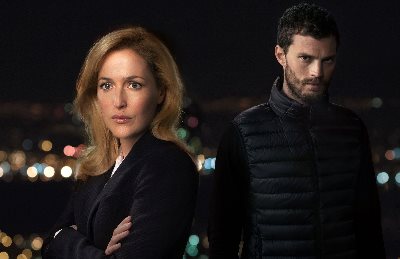 
Although Anderson said last year that she believed the show could go into a fourth season in 2017, the BBC and RTÉ have already announced that this will be the final run of the series. Despite struggling to maintain its impact in its second season, the show has been a huge commercial success, and has been sold to 200 countries.


At the end of the last series Spector was critically injured in an ambush and lay bleeding in the arms of detective Stella Gibson. Bringing a killer to book will take much more now than simply catching him...