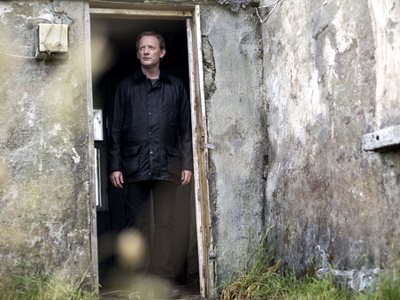 There are plenty of Irish connections in the new series of Shetland, which begins on BBC One at 9pm tonight. Film director Thaddeus O'Sullivan takes charge of the opening three episodes, and Ciaran Hinds plays one of the prime suspects.


When a young man disappears on a ferry crossing and a small boy ends up in intensive care, DI Jimmy Perez (Douglas Henshall) becomes convinced the two events are connected.

On the ferry journey from Aberdeen to Shetland a passenger, Leanne, witnesses an altercation between two men. She starts talking to one of them, Robbie, but discovers the next morning discovers that he has vanished from the ferry overnight.

Later that day a little boy ends up in intensive care, after eating pills he mistook for sweets found on the beach. DI Perez searches the shoreline and recovers a rucksack - but not before a hooded figure tries, but fails, to snatch it. Back at the station, Perez, Tosh and Sandy discover that the bag contains a stash of pills and the remains of a ferry boarding pass.

An ITV Studios production for BBC One through BBC Scotland, Shetland is based on the characters in Ann Cleeves's award-winning novels. The cast in this third season of six episodes also includes Saskia Reeves, Anna Chancellor and Julie Graham.