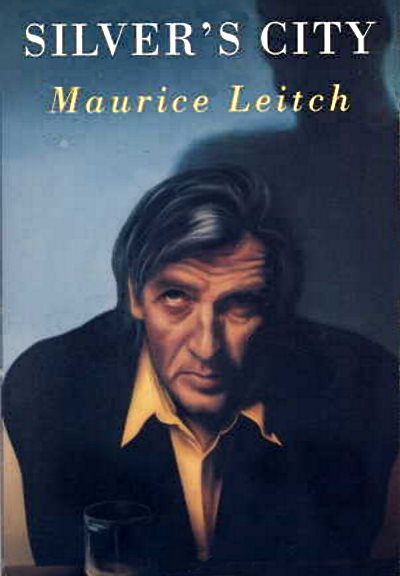 Besides being a leading radio drama producer, Maurice Leitch is a prolific fiction writer. He was an early pioneer of Northern noir - dark crime thrillers set in Northern Ireland since the start of the Troubles in the late 1960s.

His first novel, The Liberty Lad (1965), is a coming-of-age story. With its portrait of a straight young teacher, his gay best friend and a corrupt Unionist politician, it was banned in the South of Ireland.

His second novel, Poor Lazarus (1969) was also banned in the Republic but went on to win the Guardian Fiction Prize.


In a South Armagh border town, Albert Yarr is a Protestant living in a predominantly Catholic area; Quigley is a Catholic Irish-Canadian hoping to make a programme on the "ould country" using Yarr for material. But Yarr is a "character" with a history of mental disorder, and at one point he tries to strangle a Catholic girl who has gone into a field with him. The novel includes references to the "Romper Room" where the UDA tortured and murdered victims.

Leitch's third novel, Stamping Ground (1975), was published after he moved to England from Northern Ireland. It marks the return of Frank Glass, the narrator in his first novel.

Silver's City (1981), with its exploration of Loyalist terrorism, won the Whitbread Prize:


In war-torn Belfast, two men engage in a bitter private duel. Streetwise gunman Ned Galloway is hired to spring "Silver" Steele, a jailed folk-hero who fired the first shot in the Troubles, from a guarded hospital room.

In Gilchrist (1994), a former hell-fire preacher goes on the run from Ulster to Spain with the church funds.


RUC officer Denis Lawlor investigates the double murder of a local publican and a military policeman from a nearby US Army camp. Black soldier Willie Washington is an innocent suspect who panics and flees to an island.

A Far Cry (2012) tells the story of Walker, a casual painter on a new Bristol housing development. Each night after his partner and her child go to bed, Walker sits staring at the blank TV screen, haunted by images of the small East Antrim village he left behind and his terrible act to protect his friends from local paramilitaries.

Seeking Mr Hare (2013) takes up the story of Irish mass murderer William Hare (of Burke and Hare infamy) after he is freed from a Scottish prison and flees his past through the English countryside and finally across to Ireland.


"Nearly all my work is set in Northern Ireland, and when beyond, as in London, the West Country, or even Spain, the characters and their concerns are still directly influenced by their home place."
- Maurice Leitch, interviewed by the Troubles Archive


Leitch comes from a Protestant background and was born in Muckamore in County Antrim in 1933 and educated in Belfast. After a short spell teaching he joined BBC Northern Ireland in 1960 as a producer/writer.

In 1970 he moved to London to the BBC's radio drama department. From 1977 he was editor of Radio Four's Book at Bedtime, until leaving in 1989 to write full-time. Besides his novels and short stories, Leitch's work includes many dramas, screenplays and radio and TV documentaries.