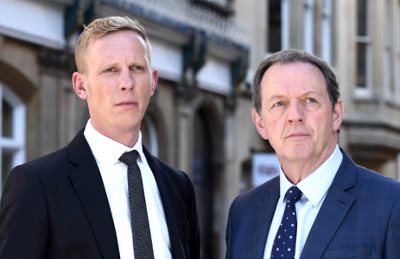 The conclusion of the two-part story "What Lies Tangled" airs on Tuesday 10 November at 9pm on ITV.


Semi-retired, Lewis is in a race to solve a murder case before taking a six-month trip to New Zealand with pathologist Laura Hobson (Clare Holman).

An idyllic Oxford summer’s day is torn asunder by a gruesome parcel bomb. The victim is an eminent mathematician, notoriously known as a man of carnal appetites.

Kevin Whately first appeared on screen as Robbie Lewis in 1987, and his final appearance with John Thaw was in November 2000 in the 33rd Morse film, "The Remorseful Day". The Lewis series also stretched to 33 episodes.