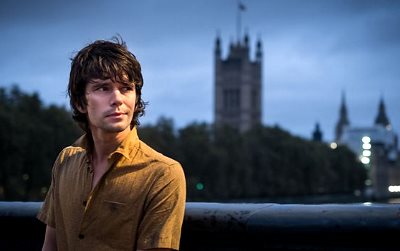 London Spy is a new five-part thriller that begins with a chance romance between two people from very different worlds - one from the intelligence services, the other from a world of clubbing and youthful excess.

Down on his luck, broke, working in a dead-end job, Danny (Ben Whishaw) falls for the anti-social, enigmatic and brilliant Alex (Edward Holcroft).

Just as they both realise that they're perfect for each other, Alex is found dead in strange circumstances. Danny is dragged into the dangerous world of global espionage, a world for which he’s hopelessly ill equipped.

The series is created and written by Tom Rob Smith. whose award-winning Child 44 trilogy was an international publishing sensation. It's directed by Jakob Verbruggen, whose credits include the first series of The Fall and episodes of the US version of The Bridge. The cast also includes Jim Broadbent and Charlotte Rampling.