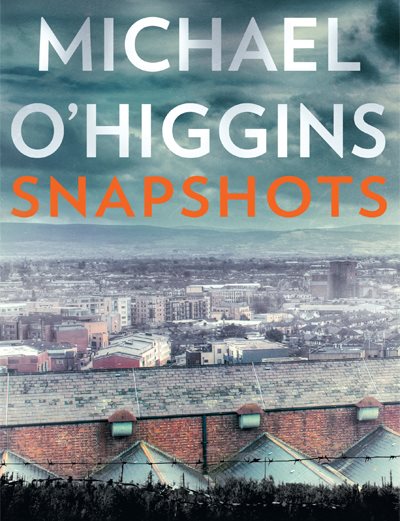 Leading criminal lawyer and former journalist Michael O'Higgins has published his first novel. Snapshots is a taut crime thriller set in Dublin in 1981.

One cop. One curate. One hardman. One boy. When a brutal attack on a prison officer puts these four on a collision course, the outcome is as startling as it is unsentimental.

The writer Dermot Bolger has described the novel as "superbly crafted" and pulsating with an exact sense of 1980s Ireland and a remarkable array of characters.

During the 1980s O'Higgins was one of Ireland's leading investigative journalists, covering crime stories and the Northern Ireland conflict. At Magill magazine he secured a famous interview in 1986 with criminal gang leader Martin Cahill, known as The General.

O'Higgins was called to the bar in 1987 and became a senior counsel in 2000. He memorably took on Frank Dunlop during the Flood tribunal, and also took part in the Mahon planning tribunal and was a leading barrister in the Anglo trial, representing bankrupt banker Sean Fitzpatrick.

He won the Hennessy XO Literary Award in 2008 and 2010 for his short stories The Migration and The Great Escape. The latter is set in Mountjoy jail.

"It's about a prison officer who is on escort duty (taking) a prisoner to hospital," he explained at the time. "While he is there the officer has an encounter with his girlfriend in a cubicle. But what happens is recorded on a mobile phone and ends up on YouTube."


"Has everything one might expect given the author: allegations of garda brutality, tip-offs from informers, intimidation of witnesses, cross questioning of suspects and courtroom drama (and comedy) in abundance, all described in terms that ring of authenticity"

- Sean Farrell, review of Snapshots in the Irish Independent