Blast from the past: Leonard Holton 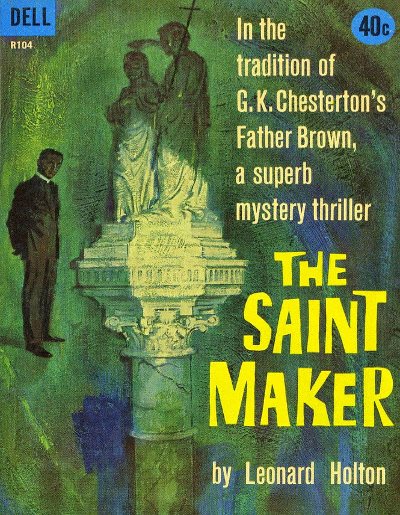 
Father Bredder is a Catholic priest and amateur sleuth based in Los Angeles. He is a former professional boxer and a sergeant in the US Marine Corps.

He is currently trying to make peace with the cold, disapproving Reverend Mother of the convent where he is chaplain, by sending her a present of a melon. Unfortunately, she discovers that what the bag actually contains is a woman's head.


Born in Dublin, Wibberley worked as a reporter in London before moving to the USA in 1943 and finally settling in California.

He produced over 100 books, of which the best known is The Mouse that Roared (1955, also published as The Wrath of Grapes), a Cold War satire about a tiny European state that declares war on the USA.

Three of his books have been made into movies: The Mouse That Roared (1959, with Peter Sellars in multiple roles), The Mouse on the Moon (1963) and The Hands of Cormac Joyce (1972).