The garda who writes crime thrillers

John Galvin has drawn on his real-life experiences as a garda officer for his crime fiction.

He hails from Cromane, County Kerry, and is the third generation of his family in the force: his grandfather was an RIC Inspector and his father was a Garda Inspector.

One of his short stories, set around the lives of two rural gardai, won the Sunday Tribune/Hennessy Short Story Award in 1993.

Its two characters, Hegarty and Costigan, eventually made the transition to a full-length book: Galvin wrote his first novel, Bog Warriors (2000), while stationed in Dingle, County Kerry,

The comic crime thriller is set in the fictional village of Dunsheerin, and revolves around the investigation into the murder of a leading local businessman. 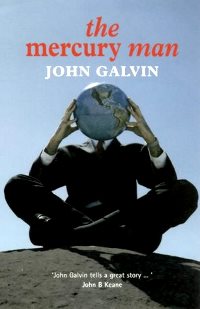 A murderer is poisoned, a drug-dealer is burned to death, a rapist dies in an explosion and a paedophile is strangled.

At the scene of each crime a note is found, signed "Messenger of the Gods". The killer, a British ex-serviceman, comes to be known as the Mercury Man.

In pursuit of the highly trained mercenary, detectives McGrath and Fox's investigation leads them deep into Dublin's criminal underworld.