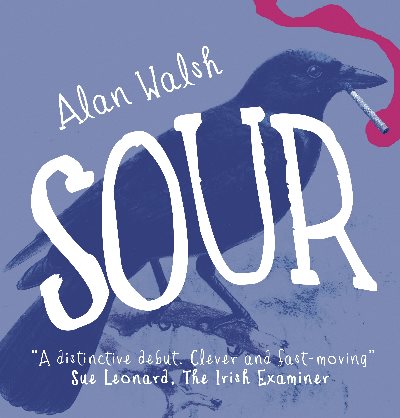 Dublin-born writer Alan Walsh's debut novel Sour is launched next week. It's a re-telling of Deirdre of the Sorrows (Deirdre an Bhróin) - transplanting the tragic ancient legend to a modern Irish town as a crime thriller.

Walsh studied art at IADT. After graduation he worked in Italy and London, and returned to Ireland in 2010.

He has had stories published in The Moth, The Bohemyth, Outburst and Wordlegs, and articles in Magill magazine and Film Ireland.