A Boston and Irish writing duo 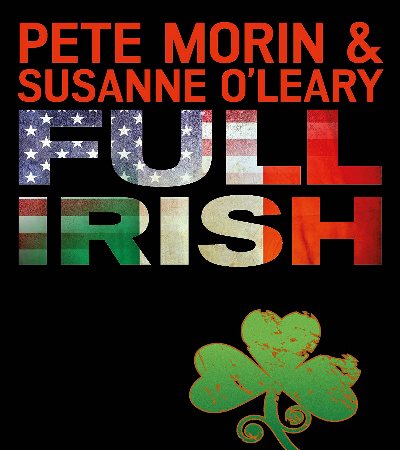 Full Irish (2014) is an unusual transatlantic collaboration between authors Susanne O'Leary (based in Ireland) and Pete Morin (in Boston), about a murder investigation that spans their two countries.


Dublin reporter Finola McGee is hunting the murderer of a close friend, a politician. Wise-cracking Boston lawyer Paul Forté has been hired to dig up dirt on a conniving Irish competitor.

When the two collide at a Kerry castle and discover their mutual interests, their ensuing game plan "is more Pink Panther than Hercule Poirot".


Susanne O'Leary was born in Sweden and is a fitness teacher and translator. She writes in either her house in County Tipperary or a little cottage overlooking the Atlantic in Dingle. She has written 15 books, mostly romantic fiction as well as three crime novels and two historical novels.

Her two Scandinavian detective stories, Virtual Strangers (2011) and Virtual Suspects (2013), came about from another writing collaboration, with Swedish author Ola Zaltin, who wrote several scripts for the Wallander TV series.

Morin describes himself as a lawyer and from a long line of lawyers. He lives south of Boston in the small coastal town of Scituate. Morin and O'Leary are already writing book two in what they hope will become a longer series.