Watch out for NI thriller 'A Patch Of Fog' 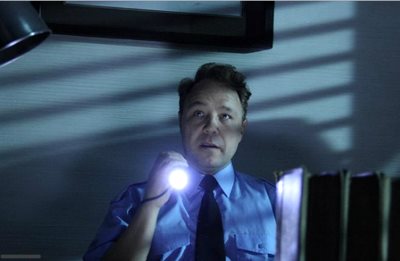 
Sandy (Hill) is a celebrated novelist, TV personality, university professor and kleptomaniac. His reputation is on the line after he’s caught shoplifting by a lonely security guard (Graham).

The guard lets Sandy go but in another sense won’t let him go. He is determined to fashion Sandy into the best friend he never had.

The film was shot entirely in Northern Ireland and the screenplay is by local writers Michael McCartney and John Cairns. It's the first feature by Northern Irish director Michael Lennox, a BAFTA winner and Oscar nominee for his 2014 short, the Belfast comedy Boogaloo And Graham.