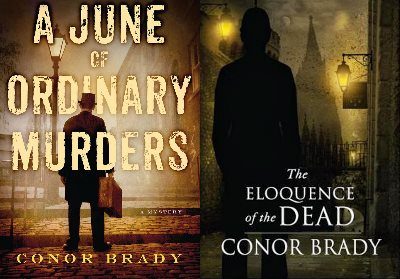 With his many real-life police connections to the Garda Síochána (Ireland's police force) and its Ombudsman Commission, former Irish Times editor Conor Brady decided to set his "Joe Swallow" crime fiction series in late Victorian Dublin rather than contemporary Ireland.

"I very consciously set it in that period because I think it’s a fascinating period in Irish history for a start, but also I wanted to get away from current events and current affairs. But at the same time I wanted to engage with issues that are universal and timeless, like conflicted loyalties and frustrated ambitions and personal self-doubt."
- Conor Brady


A potential gangland war is simmering and political unrest is in the air about the forthcoming celebration of Queen Victoria's golden jubilee. Meanwhile the Land War is at its height, so the authorities at Dublin Castle say the police priority is "special" crime.

So for Detective Sergeant Joe Swallow, "ordinary" murders get lower priority - such as the mutilated bodies of a man and a child that he is investigating in the Phoenix Park.


When a Dublin pawnbroker is murdered and the lead suspect goes missing, DS Swallow uncovers deep-rooted corruption, discovers the power of new, scientific detection techniques and encounters a ruthless adversary.


Brady grew up in Tullamore, County Offaly, and was the son of a garda superintendent. During the 1970s he edited the Garda Review, the force's magazine. 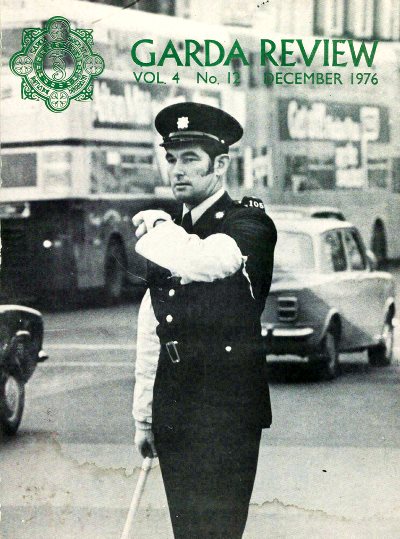 His newspaper career at the Irish Times began after graduating in history and politics at University College Dublin. He also had a stint at RTÉ  and edited the Sunday Tribune during 1981-82, until its tabloid sister paper the Daily News collapsed after 15 issues and forced the Tribune into liquidation.

He returned to the Irish Times again and was its editor from 1986 to 2002. Since leaving the paper he has lectured in journalism at Smurfit Business College and the John Jay College, New York. His other books include the journalism memoir Up With the Times (2005).

In 2006 he was one of three ombudsmen appointed to the newly established Garda Síochána Ombudsman Commission (GSOC).