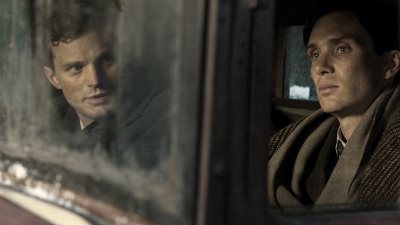 Not one but two films are currently in production about Operation Anthropoid, the assassination attempt on leading Nazi Reinhard Heydrich during World War II.

Both films feature leading Irish actors as the pair of Czech and Slovak-born paratroopers who were parachuted into their homeland to hunt down Heydrich, "The Butcher of Prague".

Variety has revealed the first images from Anthropoid, featuring Jamie Dornan and Cillian Murphy. Shooting begins in the Czech Republic next month.