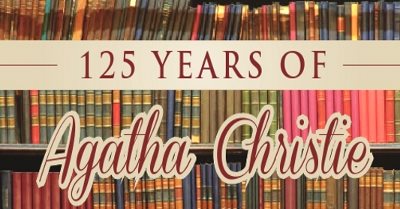 "125 Years of Agatha Christie" is an evening event this September at the Theatre Royal in Waterford.

Agatha Christie expert and lifelong fan Dr John Curran will survey the output over half a century of the world’s favourite detective novelist. Dr Curran has written two books on Christie, The Secret Notebooks and Murder in the Making.

A question and answer session will be followed by a screening of the 1945 film adaptation of Christie's novel And Then There Were None.