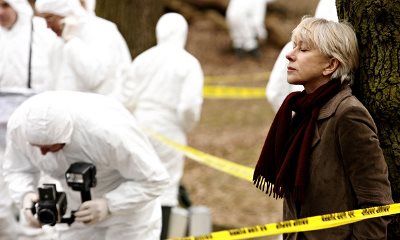 La Plante will talk about her long screenwriting career and forthcoming novel Tennison. a prequel to Prime Suspect that sees Helen Mirren's character Jane Tennison start her police career in Hackney in the early 1970s. The original TV series was produced between 1991 and 2006.

The festival at Kells runs from 25 to 28 June, with a line-up  including Paul Durcan, Roddy Doyle, Marian Keyes, Anne Enright, Ben Okri and Brian Eno.

A panel discussion will discuss the "creative triangle" in films, with director Lenny Abrahamson (Adam and Paul, Garage, Frank), producer Ed Guiney (The Guard, What Richard Did), and writer Malcolm Campbell (What Richard Did).