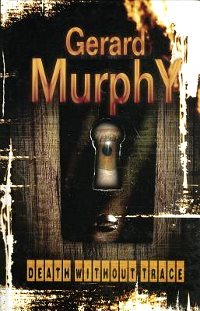 Cork-born writer Gerard Murphy's day job is as a lecturer in the Institute of Technology Carlow's School of Science and Health.

His first crime novel is Death Without Trace (2005), in the American hardboiled tradition:


Michael A. Madigan is a supervisor in a Dublin brewery, recently separated and a part-time private eye. He listens to the news in Irish because he doesn't want to know what's going on in the world.

But when the wealthy, attractive wife of a professor of neurobiology asks him to tail her husband, Madigan is soon caught up in the dirty underworld of serious crime.

Murphy's controversial book The Year of Disappearances (2010) is a historical account of civilian killings in Cork during the conflict, including ones by the "Anti-Sinn Féin Society" of renegade British officers during 1920-21.

The Kindness of Strangers (2013) is his anti-war novel, also set in Cork during the War of Independence. Its starting point is the operation of an IRA death squad whose job it is to make sure enemies of the Republic disappear and are never be seen again.


"A cracking good read, and the one-liners at times approach the best of those of the master, Raymond Chandler."