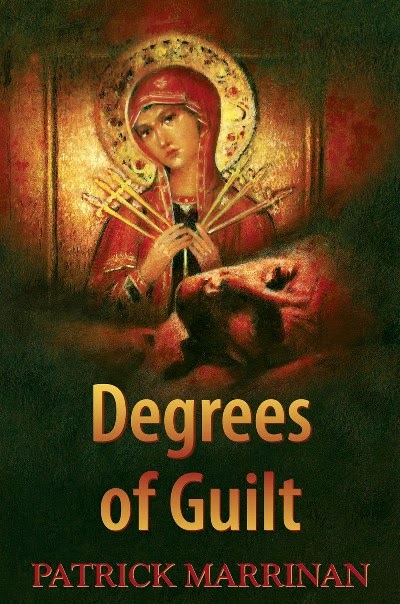 Belfast-born writer Patrick Marrinan is a leading barrister, and one of Ireland's most prominent lawyers to turn to crime fiction. He worked on major terrorist trials in Northern Ireland before moving to Dublin, where he became a Senior Counsel in 2000.

His debut novel Scapegoat (2009) is a police procedural featuring Detective Sergeant Pat O'Hara, a police officer with a dubious past, though many of the pivotal scenes take place in the courtroom.


Public outrage at the brutal killing of a young man in the heart of "pink Dublin" provokes a high-profile murder investigation. Although the victim isn't gay, the police suspect a homophobic serial killer.

When the investigation stalls, DS O'Hara - the first officer on the scene - pursues a hunch, and hospital doctor Mohamed Barouche emerges as the prime suspect. Barouche allegedly breaks down under interrogation and confesses. But have the police framed him? Does the lawyer hired to defend him have a hidden agenda?

Again, courtroom scenes are critical in Degrees of Guilt (2010), though this time the central hero is an eminent senior counsel, Blair Armstrong.


Armstrong reluctantly takes on the cause of a Russian immigrant who is accused of stabbing his mother to death in their Sandymount apartment. To the gardai it seems an open-and-shut case, but Armstrong and his solicitor colleague Dermot Molloy opt for a defence of somnambulism.