Filed under: News, Northern noir, TV & film
Dundalk-born author Mark Mulholland's debut novel A Mad and Wonderful Thing (2014) is to be filmed by Alan Moloney of leading Irish film-maker Parallel Films and co-produced by Liam Neeson - the actor's first time behind the camera. 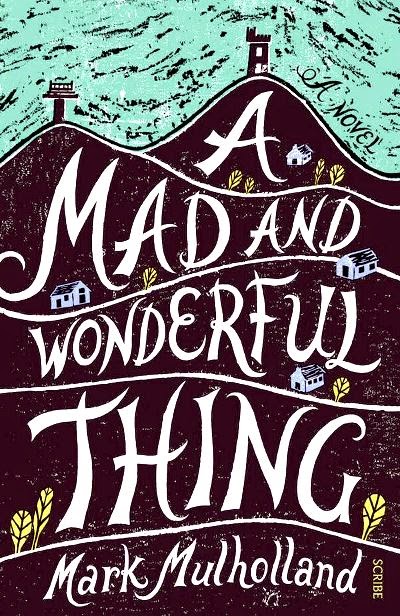 The story is set mainly in County Louth during the Troubles in 1991. The narrator, young Johnny Donnelly, falls in love with a beautiful girl called Cora (the "mad and wonderful thing" of the title). Johnny also happens to be an IRA sniper.

The book is part thriller, part fable and love story. Mulholland says it is "a story about cause, about why boys - and it is mostly boys - do the things they do, about motivations and conflicts, about choices and costs".

Neeson was an early fan of the book, describing it as


"Deeply satisfying and moving. I also think that sufficient time has passed since the Good Friday Agreement to, at last, have a novel that goes inside the head of one of the 'Troubles' protagonists and hear the pros and cons of conflict (to take up arms or not) told in an original and exciting way."

Mulholland says Neeson was crucial to clinching the movie deal, which was announced at the London Book Fair. "It was Liam who did the running on this and made the thing happen. And it was Liam that approached and encouraged Parallel Films to go for it."

Mulholland began writing the book in 1991 - ''very early drafts of a boy-meets-girl story with the Troubles as a backstory" - but didn't return to it until it was overtaken by real-life events.

The Johnny character is loosely based on Mulholland's youngest brother Darren, who was studying theoretical physics at Queen's University Belfast when he was arrested in London in 1999 and charged with two fellow members of the Real IRA with conspiracy to cause explosions.

He was sentenced to 22 years in a maximum security prison, was transferred to Portlaoise Prison in Ireland in 2000 and was released in August 2014.


Mark Mulholland left school at 15 and worked around Dundalk, sweeping floors at an engineering firm. He worked through the ranks to management level, then had jobs in hospitality, factory work in Germany, literacy teaching in Ireland and language teaching on the Continent.

He eventually co-founded one of Dundalk's most successful pubs and music venues, The Spirit Store on George's Quay, and the Beer Keeper (now the Bartender) in Park Street. In 2004 he sold up and moved his family to the south of France, where he  continues to live.