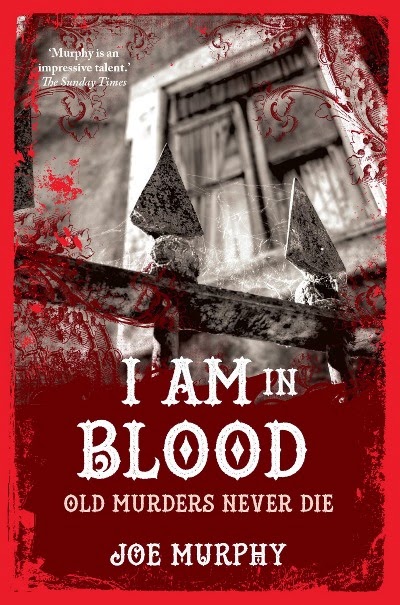 Joe Murphy's latest novel I Am In Blood: Old Murders Never Die is set in modern-day and Victorian Dublin. He describes it as "a multi-layered, Gothic tale of obsession and bloodshed".

In present -day Dublin, 17-year-old Nathan Jacob’s interest in real-life crime leads him to a series of horrific murders committed in the city’s notorious red-light district, The Monto, in the late 19th century. As he delves deeper, someone – or something – begins to speak to him through the pages of time.

Meanwhile in 1890 policeman George Frohmell is under pressure as a faceless monster leaves the poor and vulnerable butchered in back alleys.

The book will be launched in the Gutter Bookshop in Dublin's Temple Bar this Wednesday (8 April) at 6.30pm.

Murphy hails from Enniscorthy in County Wexford, and studied English at University College Dublin. After by a Masters in Early Modern Drama he became a secondary school teacher.

His debut novel, the  swashbuckling epic 1798: Tomorrow the Barrow We’ll Cross (2011), was followed by Dead Dogs (2012), a creepy tale set in present day rural Wexford. Among its opening lines are: