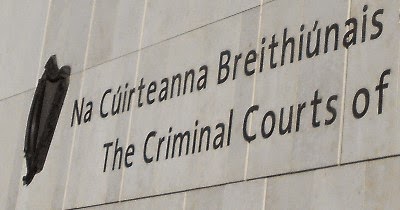 Belfast solicitor Steve Cavanagh, whose legal thriller The Defence is currently getting rave reviews, is not the only real-life lawyer to turn his hand to crime fiction lately.

Derry solicitor Desmond J. Doherty's debut novel Valberg (2013) is a contemporary thriller about a damaged detective on the trail of a brutal assassin. Doherty specialises in human rights and justice issues. He was involved in the Bloody Sunday Inquiry, the inquiries into the Dublin/Monaghan bombings and the Omagh bombing, the Iraqi Special Tribunal, the Special Tribunal for the Lebanon and the International Criminal Court for the former Yugoslavia.

Laurence McMorrow is a solicitor based in Bundoran, County Donegal. His first book, The Underground (2012), is a novella set in the US during the McCarthyite era.

William Ryan and Andrew Nugent both had careers as barristers before turning to fiction, and Patrick Marrinan is a very high-profile senior counsel in Dublin who has written two crime novels with pivotal courtroom scenes.

Another Dublin-based barrister, Andrea Carter, kicked off her "Ben (Benedicta) O’Keeffe" crime series with Whitewater Church (due to be published in autumn 2015). It's set in a small town in County Donegal on the Inishowen Peninsula - where Carter herself worked as a solicitor for several years.

Eoin McNamee studied law at university before writing his best-selling Resurrection Man (1994). And Jane Casey, creator of the "Maeve Kerrigan" series and one of this year's Edgar Award winners, has strong legal connections too: she's married to a criminal barrister. 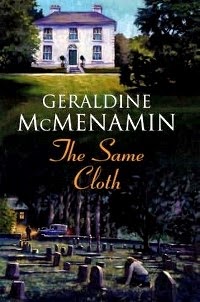 Another crime fiction writer who is a barrister - though a much more recent addition to the legal fraternity - is Geraldine McMenamin.

She studied creative writing at Trinity College Dublin, and became a Junior Counsel in the Law Library in 2012.

Of her debut novel The Same Cloth (2008), she says: "I didn't particularly intend for it to be a crime novel, it just came out that way. I think it’s more of a ‘journey’ novel but not in the travel journey sense. Is that a genre?"


Helen Rafferty goes back to her childhood home in rural Ireland to visit her dying mother. While at her mother's house she learns that her son Jack (14) has been kidnapped. Helen begins a frantic race to find him and a missing will.