Blasts from the past... Gerald Griffin 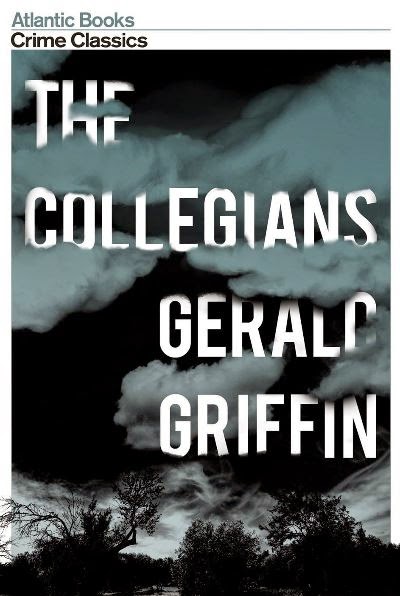 A poet, playwright and journalist, Gerald Griffin's most famous work is his novel The Collegians. Yet it's much better known today in its stage adaptation by Dion Boucicault, The Colleen Bawn.

The Collegians: or, The Colleen Bawn: A Tale of Garryowen (1829) was based on a real-life trial in Limerick around 1819 that Griffin reported on, in which Daniel ("The Liberator") O’Connell acted as barrister for the defence.


15-year-old girl Ellen Scanlan (née Hanley) was recently married to John Scanlan, but when she would not be accepted into his family he persuaded his servant, Stephen Sullivan, to kill her.

Sullivan took her out on the River Shannon near Kilrush, killed her with a musket, stripped her and dumped her body in the river, tied to a stone. The body was washed ashore six weeks later at Moneypoint.

Both men took flight but Scanlan was soon caught and found guilty of murder. He was hanged at Gallows Green on the Clare side of the Shannon. Sullivan was apprehended shortly after, confessed and was also hanged. 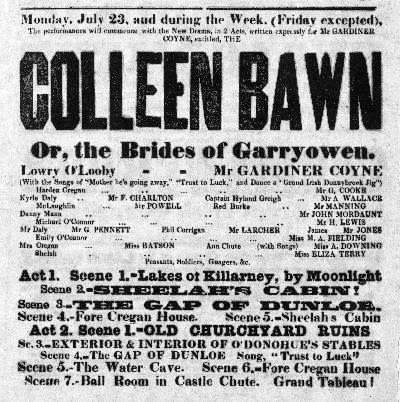 Thomas Davis of the Irish Nation described Griffin's Collegians and Suil Dhuv (1827) as "two of the most perfect prose fictions in the world", comparing him to Walter Scott. O'Mahony's booksellers calls Collegians "one of the most successful thrillers of its day".


Griffin was born in Limerick, the son of a middle-class brewery farmer. As a teenager he wrote for local journals, edited the Limerick Advertiser, wrote poetry and became a court reporter.


"By constantly attending the court, I acquired a considerable facility in reporting, which is a very useful attainment in any situation almost, and the short time which I had spent to prepare an original article, obliged me to write with quickness and without much study."

In 1820 his parents were forced to emigrate to Canada and then Pennslyvania after a series of business failures. Gerald remained in Ireland and was sent with his brother Daniel and two sisters to stay with his elder brother, a doctor at Adare, County Limerick. He never saw his parents again. 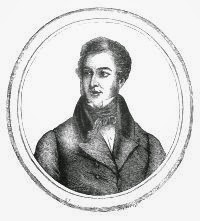 He went to London in 1823 and worked for various periodicals, wrote plays and dramas for music, and "Holland Tide", part of a short story collection that became his first big literary success.

In 1827 he returned to Ireland but also attended law lectures at the newly opened London University, and later spent time in Dublin and Palleskenry in Limerick.

In 1838 he made a trip to the Scottish lakes. The same year he burned most of his unpublished manuscripts and joined the holy orders in Dublin. In 1839 he was transferred to the North Monastery in Cork, where he died from typhus fever at the age of 37.

A final set of stories, Talis qualis, or, Tales of the Jury Room was published posthumously in 1842.

Griffin has streets named after him in the cities of Limerick and Cork. Loughill/Ballyhahill GAA club in west Limerick play under the name of Gerald Griffins.