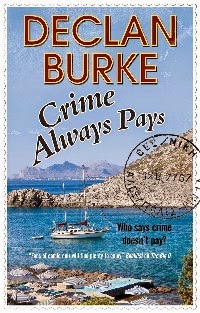 The other five nominees for the award are:
Eligible titles were submitted by publishers for the longlist, and a team of British crime fiction reviewers voted to establish the shortlist and winning title.

The Goldsboro Last Laugh Award is for "the best humorous crime novel first published in the British Isles in 2014".

Along with the £500 prize the winner will receive a Bristol Blue Glass vase. The awards will be announced on 16 May at Crimefest 2015 in Bristol.