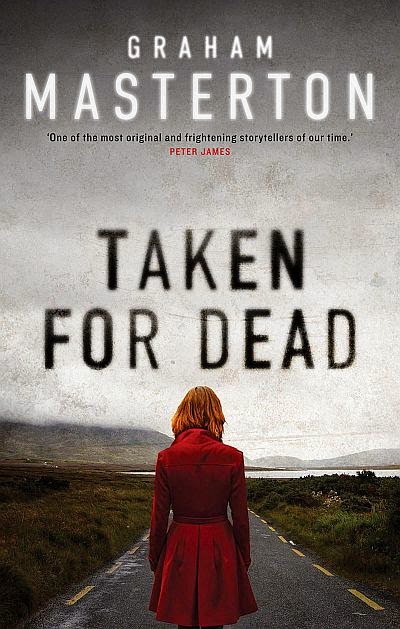 The hardback version of the fourth book in Graham Masterton's Cork-based "Katie Maguire" series is out on 1 April 2015.

Warning: this latest instalment is gory, dark and surreal, with a sudden ending. Taken for Dead begins at a local wedding in County Cork. The celebrations are shattered when the local baker's severed head grins gruesomely from the bottom tier of his own cake. DS Katie Maguire is baffled until another local businessman goes missing in horrific circumstances.

The fifth book in the series, Blood Sisters, will revolve around the hunt for a serial killer who targets nuns. It will be published on Kindle on 1 June 2015, with paperback and hardback editions available from 8 October 2015.

Edinburgh-born Masterton, best known as a horror writer, began writing the series about the Irish detective while he was living in Cork for five years with his wife Wiescka, who has since died.