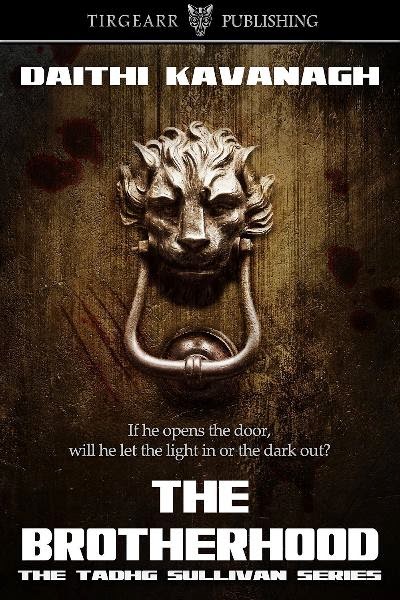 The Brotherhood, the second book in Daithi Kavanagh's "Tadhg Sullivan" series, is released by Tirgearr Publishing on 20 May 2015.

Detective Tadhg Sullivan's life is falling apart after being exiled to County Clare from Dublin after falling out with the Minister for Justice and Garda Commissioner. His partner Helen has moved out, unable to live with his bouts of depression and periodic alcoholism. Sullivan is knocked out of his lethargy when a teenage girl goes missing not far from Ennis where he is stationed.