"A crime novel provides an interesting basis for an investigation into the Soviet world, particularly for the tragic period the Korolev novels are set in." - William Ryan 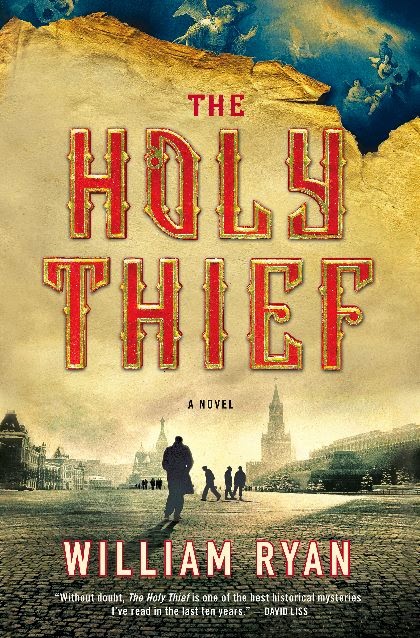 William Ryan is an Irish writer whose "Korolev Mysteries" series revolves around Moscow detective Alexei Korolev in the 1930s during Stalin's reign of terror.

He began visiting Russia in the late 1980s and 1990s, and still visits regularly to map out the locations for his Korolev novels.

The Holy Thief (2011) was followed by The Bloody Meadow (2012), which was shortlisted for the Ireland AM Irish Crime Novel of the Year.

Ryan grew up in Limerick and "stumbled into law" at Trinity College Dublin. He practised briefly as a barrister before studying creative writing in the University of St Andrews. He also worked as an in-house lawyer in the City of London before taking up writing full-time.

He lives with his family in west London.