"The Twelve is a revenge tragedy in the Elizabethan mode, scripted by Quentin Tarantino and produced by the makers of The Bourne Identity ... But it possesses a profound and wider significance... The Twelve is an important part of [Northern Ireland's] purging." - The Irish Times 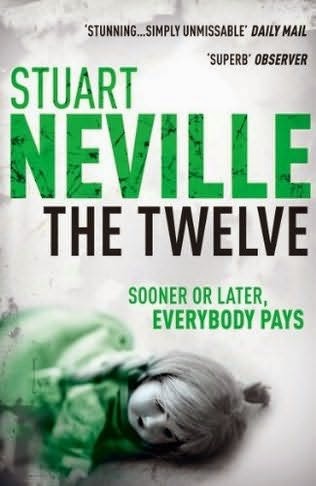 Stuart Neville is a leading crime fiction writer from Northern Ireland known in particular for his award-winning debut novel The Twelve (2009, known in the US as The Ghosts of Belfast).


Belfast, 2007, two months after the elections in which the North's  voters finally chose a government of their own. Ex-IRA hitman and "Republican hero" Gerry Fegan, his finances covered by a Sinn Féin-paid salary for a nonexistent community job, embarks on a killing spree of his former bosses, the IRA old guard, as a form of absolution.

His novel Ratlines (2013), about Nazis harboured by the Irish state following WWII, is currently in development for television.


“You can't choose where you belong, and where you don't. But what if the place you don't belong is the only place you have left?”- Stuart Neville, The Twelve

He also co-edited Belfast Noir (2014) with Adrian McKinty. His new series based on DCI Serena Flanagan kicks off with Those We Left Behind (publication date 26 June 2015):


Serena Flanagan (then an ambitious Detective Sergeant) takes days to earn the trust of 12-year-old Ciaran Devine, who confesses to murdering his foster father.

Seven years later Flanagan is a DCI and Ciaran is about to re-enter society. But his probation officer Paula suspects there's more to the case. Ciaran's confession saved his brother Thomas from a far lengthier sentence, and Paula can see the unnatural hold Thomas still has over his younger brother.

When she brings her fears to DCI Flanagan, years of lies begin to unravel.

Before becoming a best-selling author, Neville was a musician, teacher, salesman, film extra, baker "and a hand double for a well known Irish comedian". He has also been known to play guitar (and harmonica) with singer-songwriter Nina Armstrong over the years.