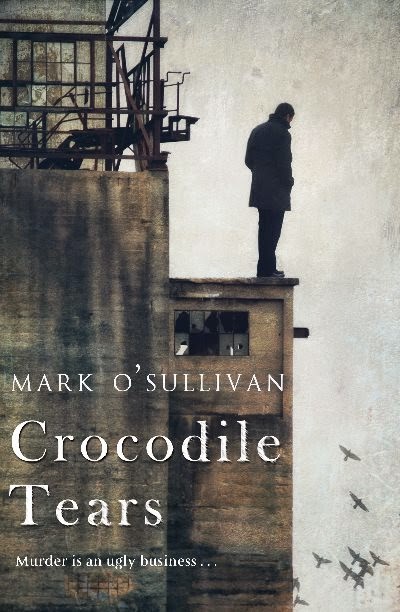 Mark O'Sullivan introduces his unusual police character DI Leo Woods in Crocodile Tears (2013). Woods is a fiftysomething former UN peacekeeper in the Balkans. He has a cocaine habit, a hobby of collecting masks and a face disfigured by Bell's Palsy.

In his first case in the series he is teamed up with a new sidekick, the bright and ambitious DS Helen Troy, to investigate the murder of a property tycoon in Dublin. The novel is set in November 2010, with the Irish recession in full flow, freezing temperatures and the arrival in Dublin of the IMF.

DI Woods and DS Troy are reunited in the follow-up Sleeping Dogs (2015):


Gangland boss Harry Larkin, dying after a brutal shooting, begs DI Woods to find his missing daughter. Woods is drawn into the dysfunctional Larkin family - including Harry’s wife with whom he had an affair.

O'Sullivan's crime fiction series follows three pre-teen books, four YA novels and Enright (2005), a novel revolving around the Royal Irish Constabulary (RIC) Sergeant Tom Enright in 1921 as the Irish War of Independence draws to a close.

He says he has always been a crime fiction fan, and decided to work in the genre "when the great Scandinavian crime wave came", particularly after the BBC4 broadcasts of Wallander and The Killing.

He has written radio drama for RTE and contributed to Lyric FM’s Quiet Corner. He lives with his family in Thurles, County Tipperary, and works as an environmental health officer.