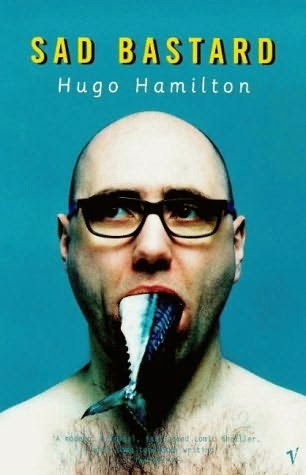 In Sad Bastard (1998) Coyne is out of work after being injured in the line of duty. He undergoes psychotherapy (to qualify for disability pay), encountering what he calls "cartoon psychology". When a body washes up at the docks, Coyne's son is prime suspect.

The playful style in both novels is of the hard-boiled black comedy variety. About halfway through Sad Bastard there is also a homage to the lunchtime sequence in James Joyce's Ulysses.

Hamilton has Irish-German parentage and grew up with three languages - Irish, English, and German. His fiction often explores the crossroads of these three cultures, such as in Germany after the fall of the Berlin Wall in and the "New Ireland", and in childhood in his acclaimed autobiography The Speckled People.(2003).

On leaving school, after a brief spell in a Dublin newspaper he worked for a publishing company in Germany. He then became a writer of short stories and novels. He currently lives in Dublin.

His other work ranges from his debut novel Surrogate City (1990) to the short story collection Dublin Where the Palm Trees Grow (1996). His most recent novel, Every Single Minute (2014) is a fictional account of a journey to Berlin with fellow writer Nuala O Faolain, who was dying of cancer at the time.

Update, 3 November 2016: No Exit Press is to reissue Headbanger and Sad Bastard in one volume as part of a new series of "two-in-one" classics in March 2017.