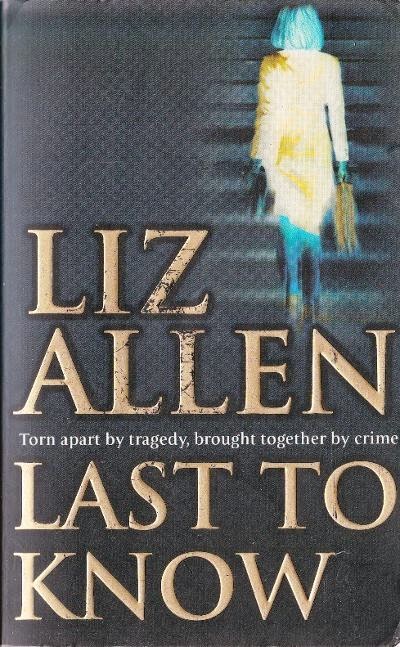 During the 1990s Liz Allen was one of Ireland's best-known crime correspondents. In 2001 she won a constructive dismissal case against her former employers, the Sunday Independent, and was awarded over £70,000 by the Employment Appeals Tribunal .

She then left journalism and began work on her first novel, the bestselling Last to Know (2004).

Deborah Parker is the newest recruit at Jennings and Associates solicitors, and she’s just bagged herself one of the biggest clients of all time. Michael Mooney Jr. is wanted by police for the brutal rape of a prostitute, but he just happens to be the son of one of the major players in Irish organized crime. Deborah is his key to freedom, but you can’t play with the Devil without getting burned.


The story is set over three decades and spans the downright seedy to the high-flying lives of Irish crime bosses. This debut novel was followed by The Set Up (2005).

During Allen's time as a journalist she testified against several major gangland figures of the 1990s including John Gilligan, giving evidence under armed guard at the Special Criminal Court in Dublin.

Allen was prosecuted under the Official Secrets Act for her undercover investigative work into the criminal gangs and the State's failures in investigating them. She was found guilty under the Act for publishing a document, available to police nationwide, which contained details of a bank robbery.

She now lives in Wicklow with her family.