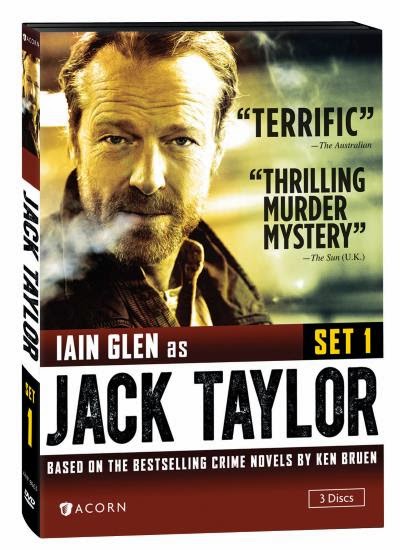 Ken Bruen's acclaimed crime fiction works include the White Trilogy series and the award-winning The Guards.

Other works of note include The Killing of the Tinkers, The Magdalen Martyrs, The Dramatist and Priest, all part of his Jack Taylor series, which began with The Guards (2001).

Set in his native Galway, the series revolves around a disgraced former cop working as a PI whose life has been marred by alcoholism and drug abuse.


One of Jack Taylor's best friends is dead, another has stopped talking to him. But Jack has given up battling his addiction to drink and pills, and his sacking from the Gardai is ancient history.

He takes up a vendetta against a popular professor of literature who preys on local female students. When Jack rescues a preppy American student on a Rhodes Scholarship from some kid thugs, he gains a new sidekick, who abandons his thesis on Beckett to write a biography of Galway’s most magnetic rogue.

Between pub crawls and violent outbursts, Jack’s vigilantism against the professor spirals toward chaos. Enter the new character Emerald. She is an edgy young Goth - either the answer to Jack's problems, or the last ripped stitch in his undoing.

In 2010 the first six Jack Taylor novels were made into a TV series, with Iain Glen in the title role.

Bruen has also edited an anthology of stories set in Dublin, Dublin Noir (2006).
The humorous dark crime caper Bust (2006) is a collaboration between Bruen and New York author Jason Starr. He is the recipient of two Barry Awards, two Shamus Awards, and has twice been a finalist for the Edgars.

Bruen was born and lives in Galway. He has a PhD in metaphysics from Trinity College Dublin, and spent 25 years teaching English in Africa, Asia and South America.