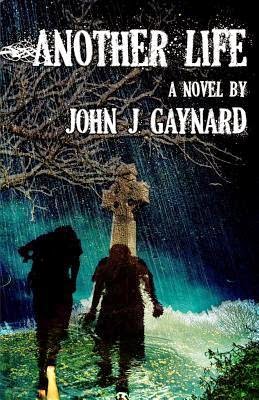 John Gaynard comes from the West of Ireland, and has lived in Paris for four decades.

In his first novel, Another Life (2010), three members of an emigrant family return to the west of Ireland from England thinking they will find a better life. Their dreams are shattered by an overbearing mother and the conflicting worldviews of two sons. A feud between the three culminates in a murder. Garda Sergeant Timothy O'Mahony leads the investigation.

O’Mahony has a French mother and Irish father. After a scandalous liaison with a female politician from Northern Ireland he has been demoted from a senior position in Dublin and sent into exile in the garda station in Bangor, Erris. Gaynard describes it as "a crime novel but not a police procedural".

In Green Blood is for France (2012) the near-naked, mutilated body of a young black woman is washed up on a remote beach in the west of Ireland. The search to find her killer drags the same Sergeant O'Mahony character into the corrupt machinations surrounding the French Presidential election campaign.


"Gaynard dissects France's political corruption in his novel about a police investigation into the murder of a young woman used as a sex toy by French political leaders."
- Kirkus

The 124-page novella Sylvie's Story (2014) is a prequel to - and replays the events that immediately precede the start of - Green Blood is for France.

Are you this author or their agent?  Contact us if you would like to add or update biography details. http://johnjgaynard.blogspot.ie