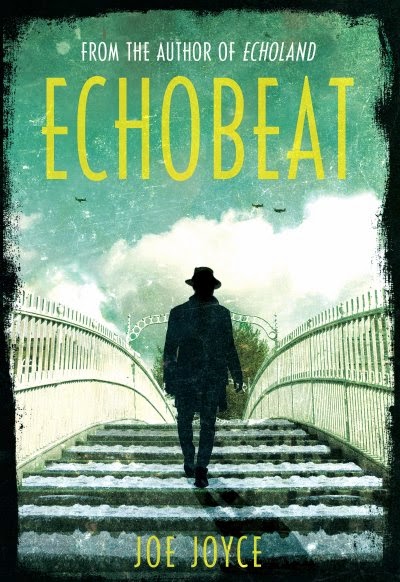 Joe Joyce has worked as a journalist for the Irish Times, the Guardian and Reuters news agency. He has written four thrillers.

His debut novel Off The Record (1990) is set in 1970s Ireland. A gunman kills a dog on a quay; the drowned corpse of a prominent young politician is fished out of the harbour; Seamus Ryle, a bored young reporter whose marriage and career are a shambles, believes there's a connection.

The Trigger Man (1991) is set during the Troubles in the late 1980s. A former IRA sniper returns from exile in Boston to Ireland after a former friend who once saved his life goes missing. He quickly finds himself pursued by former friends and foes.

Echoland (2013) and Echobeat (2014) are a thriller series set during the Second World War (or "the Emergency") in Dublin.

Joyce has also written three non-fiction books - a history/biography of the Guinness family; an acclaimed account of Charles Haughey in government, The Boss; and Blind Justice, about a notorious miscarriage of justice in Ireland in the 1970s.

He also wrote a play about James Joyce and Oliver St John Gogarty, The Tower.