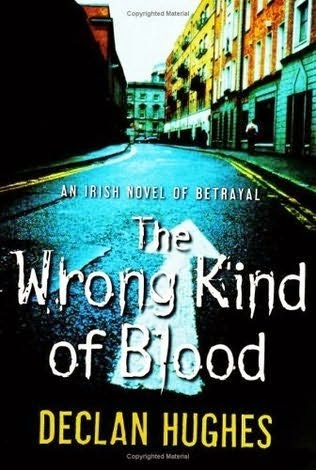 Declan Hughes is a novelist, playwright, theatre director and screenwriter.

His series of crime novels features Irish-American detective Ed Loy. The name "Loy"  (a loy is a traditional Irish spade) is a homage to the Sam Spade character from The Maltese Falcon.

His award-winning first novel, The Wrong Kind of Blood (2006), has a first chapter that begins:


"The night of my mother's funeral, Linda Dawson cried on my shoulder, put her tongue in my mouth and asked me to find her husband. Now she was lying dead on her living-room floor, and the howl of a police siren echoed through the surrounding hills..."

Hughes is a well-known figure in Ireland's theatre scene. He co-founded Dublin's Rough Magic Theatre Company and has been Writer-in-Association with the Abbey Theatre in Dublin.

He is Writer Fellow at the Oscar Wilde Centre for Irish Writing at Trinity College, Dublin. He grew up in Dalkey and lives in Sandycove.