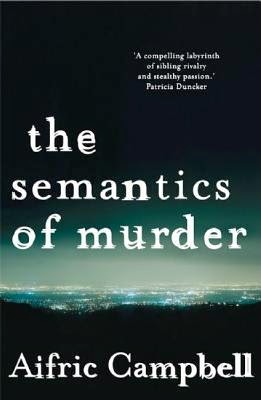 Aifric Campbell is an Irish writer who spent 13 years at Morgan Stanley, where she became Managing Director on the London trading floor.

Her first novel, The Semantics of Murder (2008), was inspired by an unsolved murder of a brilliant mathematician in LA.

The Loss Adjustor (2010) tells the story of a woman who is haunted by the loss of her childhood friends.

On the Floor (2012) was long-listed for the Orange Prize. The  interview below with Tristan Rosenstock for TG4 was filmed in Dublin in January 2013, mainly around the International Financial Services Centre.


Campbell's screenwriter credits include the film C.K. (2012)  inspired by the real-life case of an Amsterdam accountant who embezzled €16 million and disappeared.

According to her biography on her publishers' (Serpent's Tail) website:


As a convent schoolgirl in Dublin, her greyhound won the Irish Derby and a hymn she co-wrote won a national TV song contest. She moved to Sweden where she worked as an au pair, completed a Linguistics degree and lectured in semantics at the University of Göteborg.

She spent 13 years as an investment banker in the City of London before leaving to study psychotherapy and creative writing, most recently at the University of East Anglia. She now lives in Sussex with her husband and son.