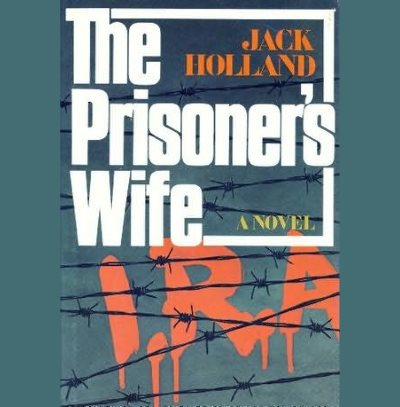 He wrote seven non-fiction books - particularly about the Troubles in Northern Ireland - two volumes of poetry and several short stories, as well as the historical novels Druid Time (1986) and The Fire Queen (1992).

Of his two crime novels, his first was The Prisoner's Wife (1981), about a love affair entangled in Belfast's paramilitary underworld.

Nora Costello, whose husband is a jailed IRA leader, finds herself trapped between the schemes of the police, the demands of the IRA, and her own desire for a better future with the man for whom she had a youthful passion and who suddenly comes back into her life.

Holland's second crime novel, The Walking Corpses (1994), is set mainly in the 1980s in Ireland and North America in the aftermath of the Supergrass trials. An ex-IRA man turned informer takes refuge in the New York underworld of his Irish American cousin, an ex-boxer and hood.


Jack Holland was born into a working-class family on the Falls Road. He studied for two years at the University of Ulster's Magee College, and switched to Trinity College Dublin to complete a BA in English Literature.

After working as a railway porter he went to England and received a master's degree in theoretical linguistics at Essex University. His journalistic career began at the Dublin weekly newspaper Hibernia, then in 1976 he worked as a researcher for BBC Northern Ireland's Spotlight news programme.

In 1977, he moved to New York with his American wife, the teacher and translator Mary Hudson, and their daughter Jenny. He worked as a freelance journalist, notably for The Irish Echo, where he had a weekly column.

In the 1980s, the family spent five years living in Italy. In the early 1990s they returned to Belfast. During the same decade he lectured at the New York University School of Journalism, worked for Channel 4 in London, and co-scripted the documentary Daughters of the Troubles. The family finally returned to Brooklyn, where Holland died of cancer in 2004.